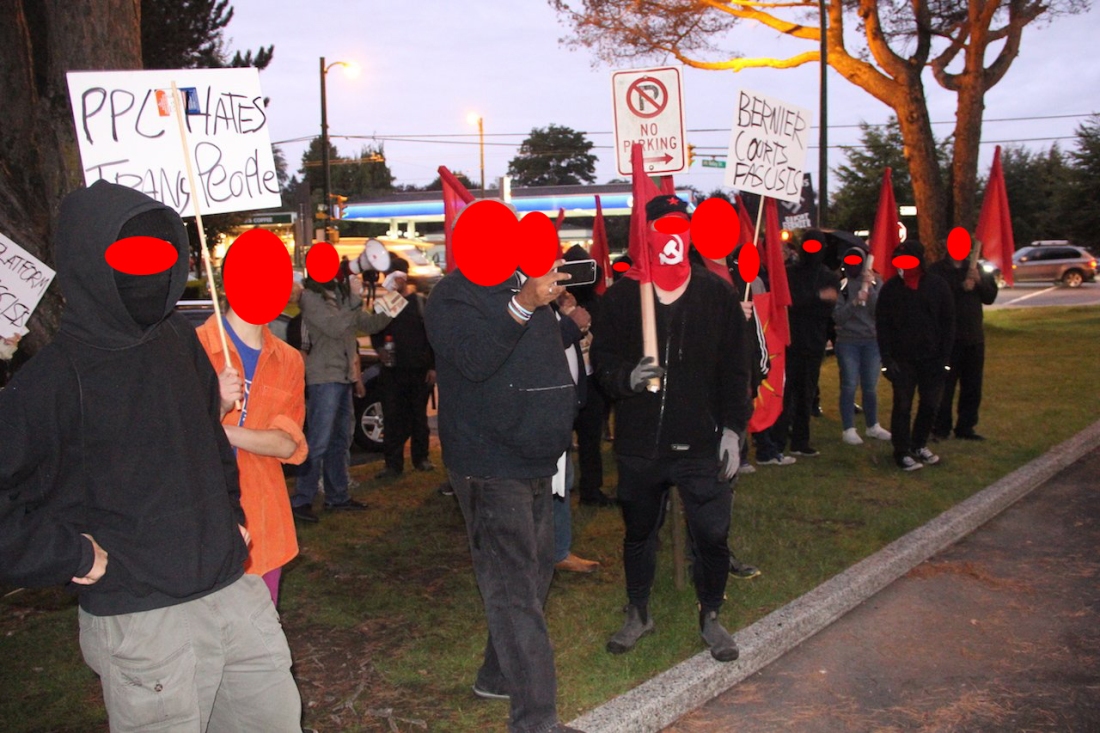 The Protest
On September 25th, militant anti-fascists from around Greater Vancouver answered the call of the Revolutionary Communist Party (RCP) to protest a rally held by far-right politician Maxime Bernier and his so-called “People’s Party of Canada” (PPC). Protesters from the RCP, the Revolutionary Student Movement (RSM), Alliance against Displacement (AaD), Independent Jewish Voices – UBC (IJV-UBC) and many others showed up to tell the fascists that they were not welcome. At the height of the protest more than 40 anti-fascists were present.

Red flags, anti-PPC signs, and a Mohawk Warrior flag could be seen flying among the crowd of protesters.

The day before the rally the PPC’s BC branch sent out a general security notice to all ticket holders warning them about the anti-fascist protest. Ticket holders were told that as a result they would be conducting searches and in order to accommodate these extra security measures, doors would be opened 15 minutes early.

When protesters arrived those that flocked to Bernier’s fascist dog whistle could be seen lined up well around the front half of the building. Anti-fascist militants used the opportunity to shout chants such as “fuck of Nazi scum” and “no racists no fascists all power to the masses” at those in attendance.

Police presence was remarkably high. At least three groups were spotted monitoring the protest. One group was positioned in between anti-fascists and Bernier’s followers to protect the venue and the speaker from the militants. Another was positioned across the street on bikes and a third could be seen hiding behind some bushes as back up. A riot police van was parked behind the centre waiting for things to heat up. Once the police showed up to protect the fascists and Bernier supporters, anti-fascists turned their chants to “cops and Klan go hand in hand” and “wannabe fascists too scared for a fight”.

Notable doxxers, fascists, and snitches could be found hiding behind the line of police. Local neo-Nazi Brian Ruhe, who practices an eclectic mix of Buddhism and Nazism, could be found filming the anti-fascists and shouting out anti-Semitic conspiracies. Among the more serious threats, two fascist gangs were present attempting to protect the PPC rally. The larger of the two, the Soldiers of Odin, attempted to headhunt anti-fascists following the protest. The second group belonged to the Panhellenic Motorcycle Association. 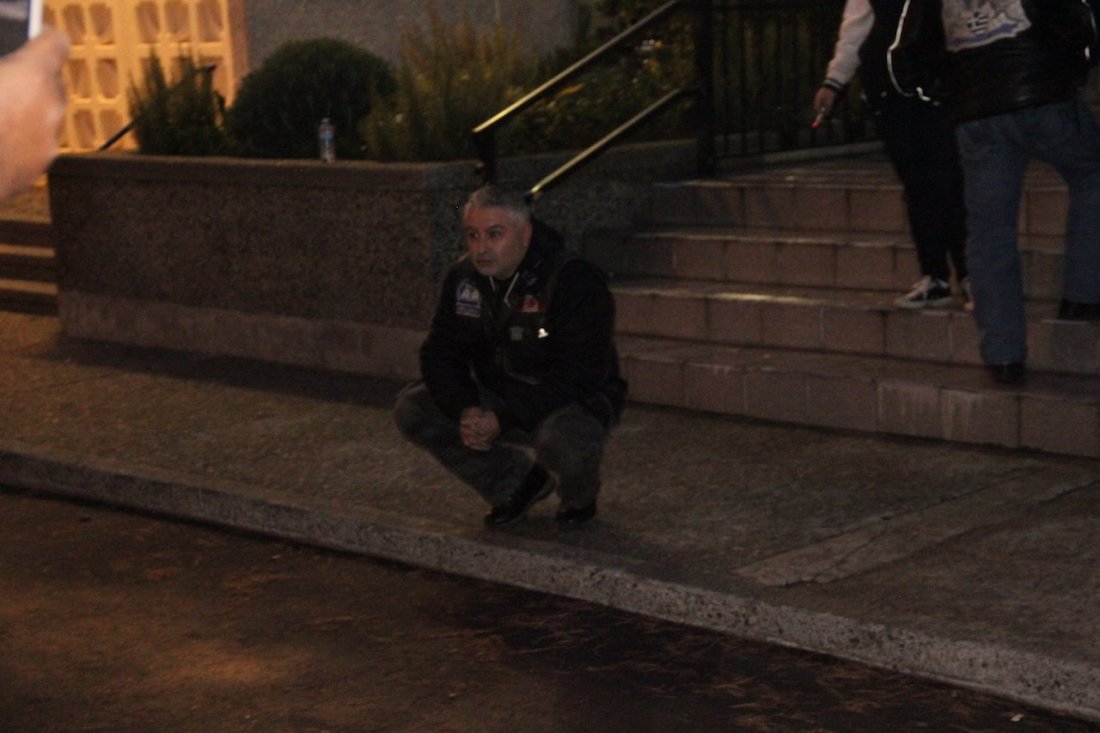 Once all of those attending Bernier’s rally were inside of the Hellenic Community Centre guarded by police, private security, and two fascist gangs, they began to play loud music to drown out the sound of the angry anti-fascist protesters outside.

This past March the Hellenic Community Centre attempted to host a UBC FSC event for two white supremacists: Stefan Molynieux and Lauren Southern. Molynieux is a “racial realist” who uses pseudo-scientific data about IQ variation in between races to justify his reactionary views. Southern is a white nationalist “journalist” and former reporter for the far-right Rebel Media. The Revolutionary Communist Party and other local anti-fascists forced the Hellenic Community Centre to shut down the UBC FSC event through a massive public pressure campaign.

Bernier and the PPC

Maxime Bernier is a member of parliament most recently elected in 2015 for the Conservative Party. After a failed bid for the leadership of the Conservative Party following the departure of former prime minister, Stephen Harper, he left the party to form the PPC. His party is currently running candidates across the country and is polling well enough that he has been admitted to the upcoming Canadian Leaders’ Debates.

Although Bernier is far-right he is not a fascist. However, like Donald Trump, his xenophobic rhetoric, his call to build a border fence, and his denial of climate change act as a dog whistle to fascists across Canada. Fascist street gangs, or as they like to bill themselves “neighbourhood watch groups” such as the Soldiers of Odin or their spin-off organisation looking to launch armed patrols of border towns to intimidate Haitian immigrants, the Northern Guard, are among the PPC’s supporters. Many of the Proud Boys, which came to prominence in Canada following their disruption of an Indigenous event in remembrance of those slaughtered by colonialism, also support the PPC. These and many other fascist gangs support Bernier because they want to use his campaign to legitimise their own fascistic agendas.

Again, like Trump, Bernier has attempted to walk a thin line wherein he condemns the actions of fascists, yet panders to them for support. Throughout his campaign, he has posed for photos with many well-known fascists such as Paul Fromm in Ontario, a man who has been seen attending events held by the recently banned neo-Nazi group Blood and Honour. Bernier has made no attempt to try and break his campaign’s tie to fascism despite extensive calls to do so from both inside and outside of his party.