If there were any perception that the Canadian state was committed to reconciliation, those lies have been utterly smashed this morning. Although colonizer leaders such as Trudeau say they are committed to Indigenous reconciliation, the actions taken by the Canadian state prove the opposite. Canadian settler-colonialism, or Indigenous genocide, continues whether the attacks are led by the ‘progressive’ B.C. NDP or the Liberals. However, one thing is clear, whichever colonizer is in power the genocide will continue. Only a Revolutionary Party can lead the Indigenous Nations and the proletariat working-class to decolonize so-called Canada and socialize the means of production, radically transforming society for the betterment of humanity, rather than a handful of billionaire colonizers destroying the planet for profits sake.

On Feb. 6 at 4:44am 13 Royal Canadian Mounted Police (RCMP) officers illegally invaded unceded Wet’suwet’en Nation territory. The RCMP officers went into the 39km supply camp and by 4:49am arrests had started.The 39km post is not on the main road and is not in violation of the court injunction. It was reported that six RCMP officers surrounded and smashed windows to a Wet’suwet’en radio communications vehicle, severing communications between them and the rest of the Wet’suwet’en Nation. As of right now there have been six Land Defenders arrested and are currently in custody at the RCMPs Houston, B.C. base.

The Wet’suwet’en territory is unceded, meaning the territory has never been surrendered or included in treaties to the Canadian state. The Wet’suwet’en are a sovereign nation and the RCMP and Canadian state have no authority or right to be there at all. According to Canadian law and international law, the invasion and arrests are completely illegal and unconstitutional. 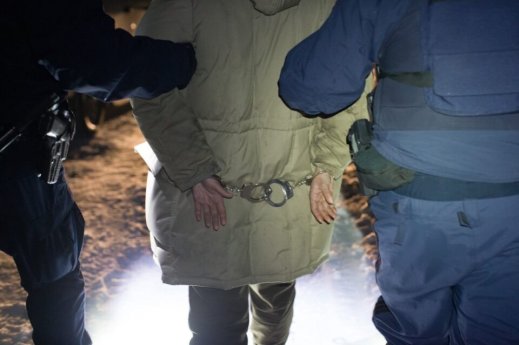 As part of the RCMPs fascist, colonial tactics, journalists are being turned away and they are shutting the area down. The road has been closed at the 4km post following 20 RCMP units, three semi-trailer trucks carrying heavy machinery, several command centres and tactics crews being brought in and heading towards Gidimit’en and Unist’ot’en territory.

Land Defenders at the 27km post are preparing for the next raid as it is expected the RCMP will invade there next.

The Wet’suwet’en Nation have issued a call to action for anyone who can to make it to the Wet’suwet’en territory to come immediately and for those who cannot to organize solidarity events wherever they are.

One thought on “BC: Illegal Invasion by Colonial Military”