CUPE 1334, the union representing Trades, Maintenance and Service workers on the main campus at the University of Guelph were meeting on Feb. 13 to vote for a strike action. The union is preparing to fight back against bill 124, a piece of legislation that prevents workers from bargaining compensation increases above 1%.

Revolutionary students distributed pro-strike propaganda to the workers before they entered the room to vote. The students were met with warm greetings and lots of thank yous. The union leadership reported that many CUPE unions on other campuses are gearing up for strike actions, signalling an exciting time for workers in Ontario. Many workers are preparing to fight back against the anti-worker legislation brought about by the reactionary Ford government. It gives us great pleasure to announce that CUPE 1334 members voted 94% in favour of a strike action.

With CUPE members preparing for their strike actions, Ontario teachers becoming more militant in their actions and hundreds of thousands of disgruntled workers and families across Ontario, the time is ripe for a militant working-class movement to strike down the reactionary government and corrupt capitalists.

It is absurdly clear how anti-worker the Ford government is, it is also abundantly clear that we can fight back. With thousands of workers preparing to strike, this is our power! Now, some good-hearted people may tell us not to strike, that we should vote for the NDP or even the Greens. These people are well intentioned, but they are wrong. We ask you dear reader, do you remember the Bob Rae NDP government? When the NDP betrayed the working-class?

Elections are not for us! We are workers, we make society run, we are manufacturers, teachers, healthcare providers, parents, distributors, cashiers, fabricators and dozens more that make society run. We have power when we collectively strike, and make the 1%, the bosses, the landlords, the capitalists hear our demands. Our power is in the streets not the voting booth, collectively as workers we can dismantle this rotten system and build our own society, run by and for the working-class. 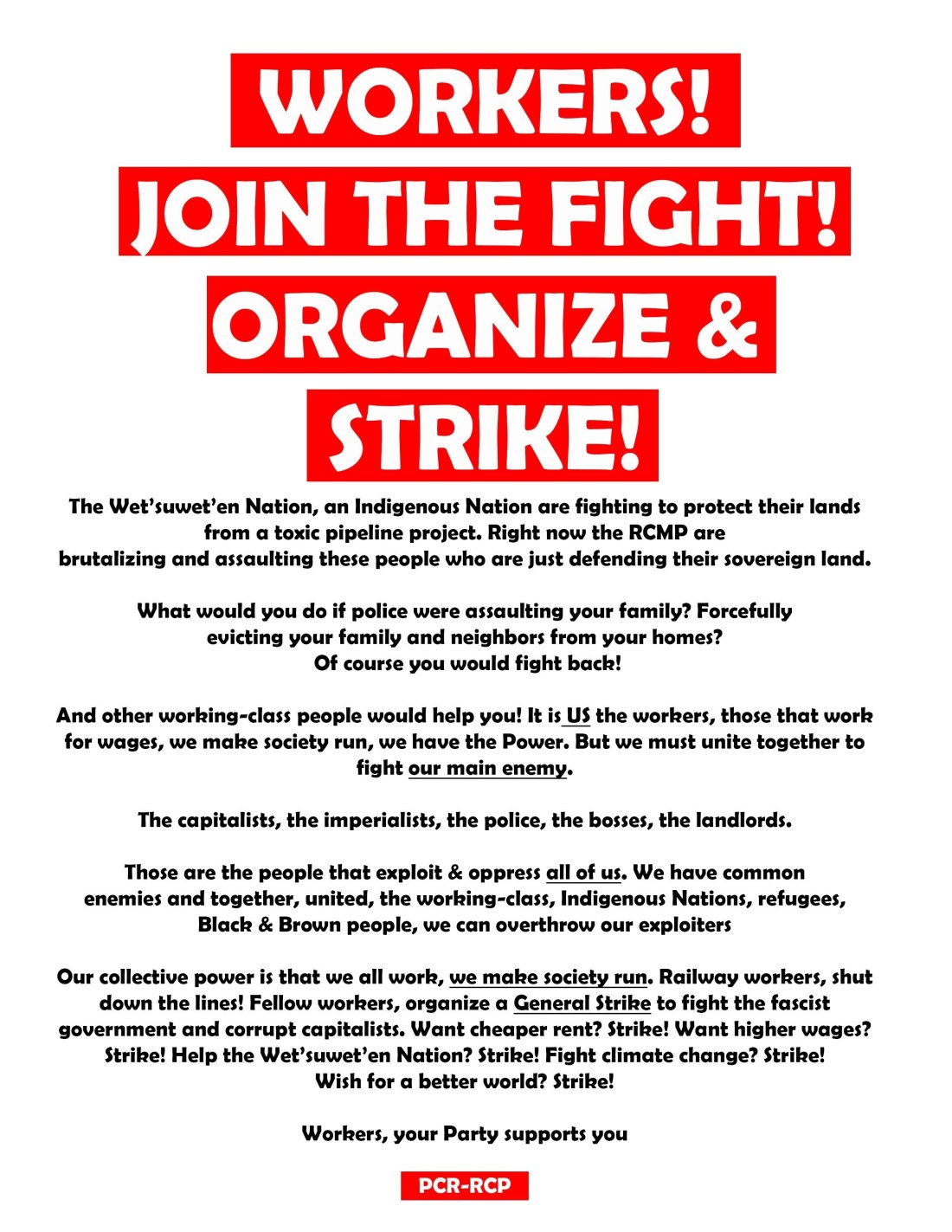